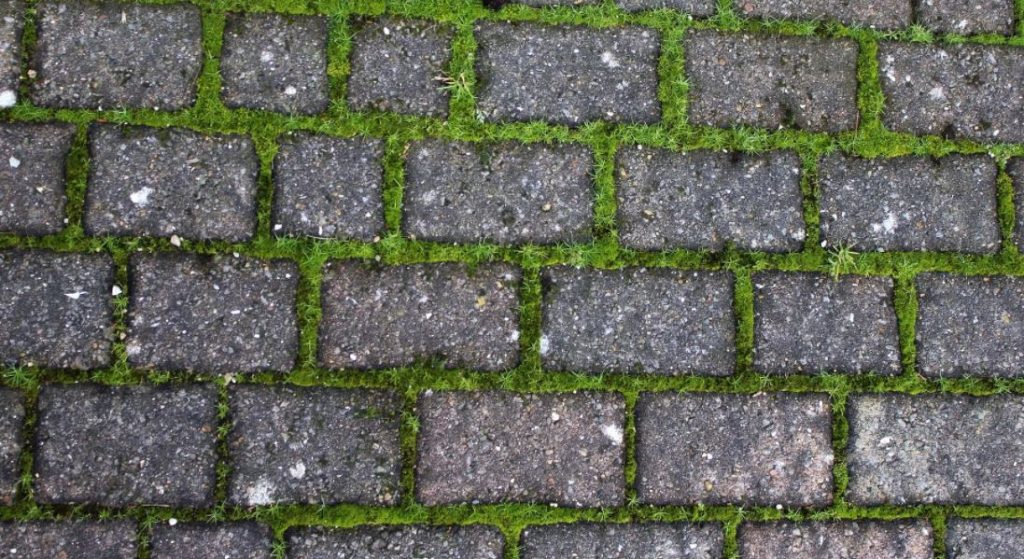 Weeds: The plants that refuse to die?

Sometimes the fight against weeds can seem futile.  We might spend all afternoon on our knees ridding our driveways, paths and patios of them; only for them to reappear almost instantly.

Here we’re going to look at ways to permanently get rid of weeds from hard surfaces including:

Weeds are any plant that grows where it’s not wanted: in the cracks between block paving, on gravel paths or drives, in gutters etc.

There are many different types of weed, but things they all have in common include:

In other words, they do everything we don’t want them to do!

Why do weeds grow?

Weeds grow because they can, simple as that.  Given the right conditions, nature will take its course no matter how much we’ve spent on our gardens or driveways.

Which weeds are most common on hard surfaces?

Some of the most commonly found weeds on hard surfaces include dandelions, plantain, meadow grass, couch grass and the dreaded Japanese topweed.

Unfortunately, most of these weeds are perennial, meaning they can survive all year round.

How to Permanently Kill Weeds on Hard Surfaces

There are two approaches to tackling weeds.  Killing weeds that are already there and preventing weeds from growing in the first place.

Although prevention is better than cure, you may be looking for a way to permanently kill existing weeds.  Therefore we’re going to look at ways to both prevent and cure weeds.

The bad news is that if your concrete surface has cracked or chipped and weeds have got through, you may not be able to permanently get rid of them.

Prevention:   When laying a new concrete surface, lay two sheets of weed control or landscape fabric underneath.  These will stop weeds from growing through the concrete.

Weeds thrive in damp conditions.  Making sure your driveway is sloped enough to allow rain to drain away can help deprive weeds of the opportunity to root.

Cure:  If weeds have grown through the concrete, then it’s a case of pulling them up as and when (being sure to get as much of the root as possible), and treating the area with a commercial weed killer.  If you’ve got pets or are worried about environmental damage, boiling water or vinegar can also kill weeds.

You may also be able to reseal parts of the surface with a DIY concrete repair kit.

Prevention:  At some point it’s likely that weeds will appear in the cracks on a paved surface.  These weeds aren’t growing up from beneath the surface.  Instead, they’re growing from seeds that have blown into the sand used to fill the gaps between paving stones.  As dirt also accumulates in the gaps, so weeds will flourish.

This means that, apart from making sure there is weed control fabric beneath your paving, the only prevention is to maintain your paving.  You can do this by regularly brushing and washing it, using a sealant or launching a pre-emptive strike by using weed killer.

Cure:  Once weeds have appeared in your paving, you can easily remove them manually.  This can be done by hand or by using a special weeding tool for paving.  You might also kill them first by pouring boiling water over them, spraying weed killer or using a flame gun.

To stop weeds coming back in a hurry, the next step is to clean the surface with a pressure washer.  This will remove the gunk from between the slabs and also some of the sand.  The gaps can then be refilled with fresh paving sand.

Prevention:  With gravel surfaces, even thorough prevention won’t guarantee freedom from weeds.  Over time, the pressure of people walking and driving on it will cause pieces of gravel to pierce the weed control fabric, allowing weeds to grow through.

The most comprehensive weed prevention measure in this case is to replace the weed control fabric every couple of years.

Even then the surface is still susceptible to airborne seeds which can settle amongst the gravel and begin growing.  The best prevention for this is to regularly rake your gravel.  This will disturb any dirt and seeds, making it harder for weeds to establish themselves.

Cure:  If weeds are growing from below then it’s very difficult to remove the root without further splitting the fabric.  The best method is to use a specific weeding tool such as a corkscrew weeder.

Weeds can also be killed with weed killer, boiling water, vinegar or salt (note: salt is okay for hard surfaces, but very bad for soil).  Ultimately however, a deteriorating fabric will have to be replaced.

If weeds are growing from above, they can be killed by any of the methods described above and removed by hand.

Prevention:  Resin surfaces pride themselves on being weed resistant.  Laid on top of concrete or asphalt, resin doesn’t allow weeds to grow through it.  The only danger comes from weeds growing on the surface.  This can be prevented by regular surface cleaning and brushing.

Cure:  If weeds do establish themselves on resin surfaces, they can be removed manually.

A note of caution:  If using weed killer on resin, be sure to use a mild or diluted substance as strong weed killer can discolour the surface.

Prevention:  Weeds that grow on walls come from airborne seeds nestling into accumulated dirt in the mortar.  The best way to prevent this is to keep your walls clean or treated (taking care if there are plants you want growing up or near the wall).

Cure:  Weeds that are growing between the bricks on your wall can easily be killed and manually removed with any of the methods described above.  Just remember that flame guns or strong weed killer may stain or mark the bricks.

Gutters are there to catch rain and any other muck that runs from your roof.  The mixture of damp and dirt they collect make them ideal breeding grounds for weeds and moss.  If these become established then, not only can they block the gutter, the weight of them and backed-up debris can cause the guttering to break.

Prevention:  As well as cleaning your gutters twice a year (usually in early spring and autumn) you can help lessen the potential for moss growth by installing copper or zinc strips just above the guttering.  The sulphates in these materials are a natural herbicide which prevents moss growth.  As rainwater runs over the strips, it becomes infused with the sulphate meaning moss can’t grow in it.

Cure:  Once weeds are in your gutter they can either be removed by you or, if you don’t feel safe working at height, by a professional.

There are tools such as telescopic cleaners which allow you to clean out your gutter without necessarily needing a ladder.  However, be prepared for it being a dirty job!